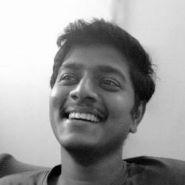 Shankara Subramaniam began his career as a student of chartered accountancy in his native India. However, he quickly fell in love with programming and learned from open-source projects to develop his programming skills. Shankara has been a front-end web developer for over four years, and now works for NFN Labs and SlashDr.

NFN Labs, an interactive design studio, had a client that needed to empower their sales force to create contracts for customers to sign digitally. Shankara reports that DocuSign was the technology of choice for this app: "I’ve used DocuSign myself multiple times in the past, as I hail from the world of infinite contracts. That’s how we got started. There was never another product in mind." The app needed to work on an iPad and show the user a preview of the contract before sending the contract to the signer. Shankara and his team developed an innovative preview feature using Swift that leverages envelopes created in HTML for the preview, then creates the final envelope via the eSignature API. The results: closing time for the client's contracts has been significantly reduced, helping them greatly increase their operational efficiency.

Shankara's experience learning to code from open-source materials has left him with a real appreciation for open source and a commitment to giving back to the open-source community that has benefited him so much. You can reach Shankara on Twitter or Github. 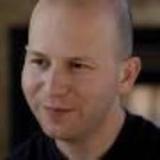