The easiest way to write software is to start with “known-good” software, then update it to meet your own specific requirements. Starting with software you know works also helps with debugging.

In 2018, I focused on re-writing the DocuSign eSignature API code examples for our developers, providing new examples that are easier to use, more representative of real-world use cases and patterns, and supporting more programming languages. We now have the following examples:

Getting started with the code example launchers

So how do you use them? First, decide which language you want to use: C#, PHP, Java, Node.js, Python, Ruby, or the direct API examples via cURL. Next, click the link, download the launcher’s repository, and follow the instructions in the readme file for configuring and running it.

The example projects listed above all implement Authorization Code Grant authentication to obtain an access token, but we also provide examples of how to implement the OAuth JWT Grant flow. You can access code examples that implement JWT authentication from the following list: C# .NET Core, C# .NET Framework, PHP, Java, Node.js, Python, and Ruby.

The code example launchers include many different workflow examples. Here are some of the most notable examples.

Within the DocuSign DevCenter team, we’re working to add additional workflow examples to the launchers. We’re also working on articles about each workflow example, which will be published in the DevCenter.

If you have an idea for a new code example, please let me know via apihelp@docusign.com 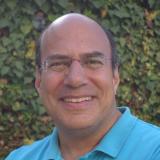