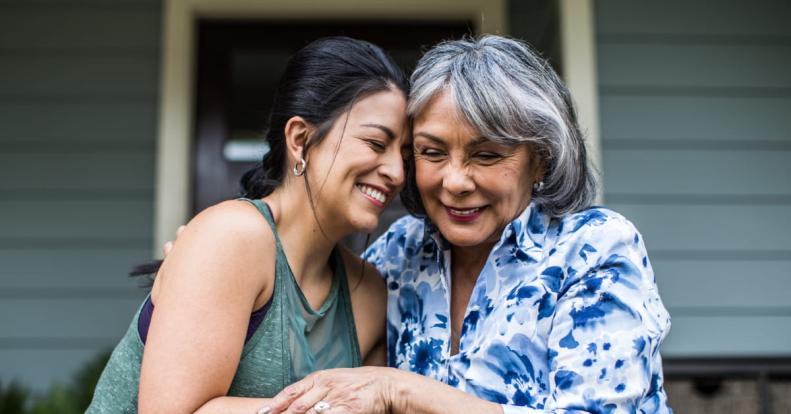 This blog was contributed by the DocuSign Latinx employee resource group (ERG).

During the civil rights movement in the United States, there was a push to recognize the contributions of individuals whose ancestors came from Mexico, the Caribbean, Central America and South America. In 1968, Congress passed Public Law 90-48, which authorized the President to declare September 15 as the start of National Hispanic Heritage Week. In 1988, it was extended to include the entire month of September, since many Latin American countries celebrate their independence from Spain during this time.

Earlier this month, the DocuSign Latinx ERG invited Prisca Dorcas Mojica Rodríguez to speak on Colorism and Imposter Syndrome as part of Hispanic Heritage Month. Prisca is the author of For Brown Girls with Sharp Edges and Tender Hearts: A Love Letter to Women of Color. She was born in Nicaragua, grew up in Miami and now lives in Nashville, Tennessee. She combines storytelling with pedagogy to help folks understand the larger forces at play, also known as systemic oppression.

Imposter Syndrome is described as someone believing that they are not as smart, talented or competent as they have fooled everyone to think they are, despite their academic or professional accomplishments. Mojica Rodríguez spoke about the history of this phenomenon and how it applies specifically to people of color. She also shared her experiences growing up and she pinpointed moments in her life which planted the first seeds of doubt in her abilities.

One moment that stood out was when she received a D in her writing class at Vanderbilt University, which she describes as one of the scariest moments in her life. To improve her grade, she went to the Writing Center on campus. But, they told her they couldn’t help because her writing was at the same level as someone who speaks English as a second language. They referred her to the International Writing Center, who said she was too proficient in English to help her. She felt devastated that she couldn’t get help to improve her grade and credits this memory, among others, which ultimately led to recurring anxiety in her academic career.

To help cope with Imposter Syndrome, Mojica Rodríguez recommended to attendees to stand in front of a mirror every day and repeat that they are beautiful, deserve to be there and are worthy. Even though this might seem like a corny idea, it has worked for her!

She also recommended attendees to look to their ancestors who overcame a lot throughout history but who consistently have outshone and outlived their oppressors. She offered: “You are the sum of generational resistance” and that “your ancestors had to be phenomenal and supernatural to be here today.”

Colorism in the Latino community

Another topic Mojica Rodríguez covered was colorism in the Latinx community. Colorism is described as unequal treatment of the same group of people by that group of people, based on a physical feature, particularly skin color, facial features and hair types. It is internalized racism that places value on lightness and devalues darker skin. Specifically in the Latinx community, she described colorism as both anti-Indigenous and anti-Black.

Mojica Rodríguez recounted how her mother always had something to say if she spent too much time at the beach. Her mother constantly reminded her to try and stay out of the sun and to always apply sunblock. These reminders weren’t simply out of concern for her daughter’s health - she didn’t want her to become darker.

Prisca has the same darker Indigenous features as her father. Her mother’s insistence on wearing sunblock and not becoming darker had made her believe that she was inferior and that she deserved to be mocked for her Indigenous and Afro-Nicaragüense features. As an adult who had the tools to understand this harmful messaging, she said it took years for her to love her Brown skin. She hopes she can help others “start this slow, sometimes painful process of communally unlearning what we have internalized.”

In her parting message, she encouraged attendees to love and embrace their skin no matter what shade it is. They should do their best to protect their skin from cancer, but go out and have fun, because “avoiding the sun seems wasteful.”

We thank Prisca Dorcas Mojica Rodríguez for all of her work and for sharing her invaluable and inspirational insights with our employees.

Learn more about our employee resource groups and our ongoing commitment to diversity, inclusion and belonging.