From the Trenches: Managing API logs with the C# SDK

Any IT system can encounter unexpected behaviors or issues, more or less important, that could weaken the system and impact the users. It is then imperative to find a quick solution to the problem. To facilitate troubleshooting and problem solving, every system should have logging, tracing, and monitoring systems to accelerate the analysis process, either conducted locally by in-house IT staff, by the integration owner, or by DocuSign Support. In this post, I’m going to focus on logging.

Lots of administrator users already know the request logging system available under the DocuSign web interface that lets you enable API request logging on your account and to capture the next 50 API requests that will be generated by the system for the same user who enables logging. The feature includes a Download button enabling you to download a ZIP file of logs, including one log file per request.

It is possible to do the same using REST API methods to capture the logs. In this post I’ll show you how to use these methods and give you a concrete example how to implement them in a C# SDK environment.

Why use REST API logging methods?

Warning: If not correctly implemented, API logging can generate a lot of GET queries (based especially on invoking the Diagnostics::getRequestLog method) and could lead to reaching the API resource limits of your account. Because of this, I recommend you only use this technique for debugging, removing it when debugging is complete. If you’d like to make this a permanent feature of your app, test extensively in your developer account first to make sure it doesn’t cause your app to exceed resource limits before deploying it in production.

I give below a possible use case of API log management based on C# SDK code.

With this sample code, I run the API logging during a period of five minutes. Every three seconds, it will check to see if I approach the buffer limit (50 entries). If there are less than 10 remaining entries, all the logs will be downloaded and the buffer will be cleared.

This code will need to be run in a task or a thread in order to perform these operations in the background while the rest of the system is running.

The API logging methods calls in the code below include:

You need to pay particular attention to the constants NUMBER_LOOPS and CHECK_TIME, which must be calibrated with the running system:

Here is an example of log files captured by this system and visible under Windows Explorer:

Because the buffer size is limited to 50 entries only, the Docusign API logging system cannot be adapted to environments where the traffic is too sporadic and unpredictable. It would be more reliable then to opt instead for a network analyzer such as Fiddler or Wireshark to capture a detailed trace of the traffic. 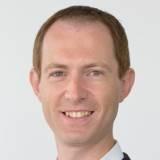