Engineering fundamentals: Why you need a build pipeline

Engineering fundamentals are proven methods that lead to better code. Some of these methods are known more than others. When talking about engineering fundamentals, the first concepts that come to mind are unit tests, code coverage, linting, and CI. However, little is spoken about a build pipeline and what are some of the requirements that make a build pipeline more effective.

Here at DocuSign, we have a long list of public Git repositories where we keep our code samples, SDKs, and our open source libraries. We rely on these engineering fundamentals to make sure our code remains high-quality as new contributions to our repositories come in. The concept of having good build pipelines is of utmost importance to us.

Let’s take a step back and understand what we mean by a build pipeline. A typical testing and delivery pipeline is composed of the following three pipelines:

But not all build pipelines are created equal, and in this article, I am going to call out a few practices that will make your pipeline more effective at its job.

In this blog, I’ve focused on the concepts instead of a specific tool or product to make it applicable to everyone. Most major DevOps tools (Azure DevOps, Jenkins, and more) support all the concepts that I’ve called out here.

What are some of the other policies in a build pipeline that you’ve found useful? We would love to hear your thoughts and comments. 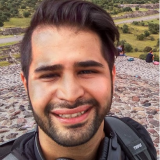