Although the Emancipation Proclamation came 2½ years earlier on January 1, 1863, many slave owners continued to hold their slaves captive after the announcement through one more harvest season, so Juneteenth became a symbolic date representing Black American freedom.

As families emigrated from Texas to other parts of the United States, they carried the Juneteenth celebrations with them. On January 1, 1980, Juneteenth officially became a Texas state holiday. As of June 19, 2019, 47 other states and the District of Columbia have also commemorated or recognized the day. Part of the legacy of Juneteenth is that many Black Americans experience mixed emotions toward the 4th of July, the United States’ Independence Day. It forces many Black Americans to ask the question - if my ancestors were not free until nearly a century after July 4, 1776, how do I relate to the celebration of that day?

Juneteenth is not just part of Black America’s history. It is America’s history. Juneteenth has traditionally been celebrated amongst African Americans who are descendants of African people, who were enslaved and transported to the Americas during the Trans Atlantic Slave Trade. Celebrating Juneteenth is not exclusive  to African Americans; the global black community and its allies regard this day as a symbolic date representing Black freedom.

Juneteenth is a global event reminding us of the history of liberation of Black Americans and of Black people spread across the world. It resonates with the abolition of the slave trade in France and the UK in 1833 and in 1848. It resonates with the decolonisation of African countries (Ghana, Nigeria, Senegal, Congo, etc.) between 1950-1977, an era where the majority of Africa lost control and sovereignty over its resources and local economies to European colonial rulers (arguably still an issue until today).

It resonates with the end of the apartheid regime in 1994 after Nelson Mandela and others were freed after 27 years of imprisonment. A period in history where Black South African citizens were living in an institutionalized system of racial segregation and oppression. It resonates with the Taubira law in France in 2001 that officially acknowledged slavery and the Atlantic Slave Trade as a crime against humanity.

The Black-American, African communities, and the Afropean diaspora share a lot of common history. The status quo is, nevertheless, still the same for many across the world. Juneteenth resonates with all movements of people that are doing their best to dismantle institutionalised systems of oppression.

It's important to remember, as it is also important to celebrate the history of liberation. It's an occasion to come together in order to heal and empower our communities through actions and commitment.

How can you support?

This post was written by the leadership team of DocuSign BOLD (Black Organization for Leadership Development). 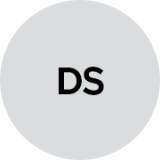