Welcome to the third post of this series where we talk about how we build, maintain and ship SDKs at DocuSign. If it is the first time you stumbled across this series, make sure you read the first and second posts. It should only take you a few minutes! ⚡

In the previous post, we saw how we generate and release new SDK versions from Swagger file updates. This process typically happens at the beginning of each month. 📅

First, let’s discuss how to bump SDK versions, how to promote a pre-release to GA, and how pre-release naming conventions can be different from one programming language to another. 🚢

It is possible to browse the source code of any version of any DocuSign SDK by going to the SDK’s releases page on GitHub. Each release is tagged with a unique git branch name. DocuSign SDK release versions follow the Semantic Versioning (SemVer) convention when it comes to the version core part. We never use the build number part, but we do use the pre-release part to differentiate between alpha, beta, release candidate, and generally available versions.

Note: SemVer is strict about using the dash sign as a delimiter for the pre-release part; a rule that we had to break for both Python and Ruby SDKs because we believe that widely-accepted language-specific conventions should have precedence over universal rules.

When it comes to the pre-release part, we use this table as a reference:

Note: The Python package manager requires using “a” and “b” instead of “alpha” and “beta”.

Let’s look at some use cases:

Next let’s talk about the branching strategy. 🌲 At the time of this writing, only the eSignature API requires us to support two API versions: v2 and v2.1. This means that we have to keep two master branches per SDK. The default branch, master, maps to the latest version of the API—v2.1—as it’s considered as the recommended eSignature version. This also means that we need a secondary master branch to map to v2, so we came up with v2-master.

Whenever a monthly API update becomes available, we need to update APIs and models of each SDK and merge the v2 changes into v2-master and the v2.1 changes into master.

Finally, let’s discuss the art of writing release notes. 📝 Each SDK Github repo contains a CHANGELOG.md file where release notes are listed from recent to oldest. The standard that DocuSign follows is called “keep a changelog” and a change log is basically the history of all notable changes, aimed to tell users and contributors—thus humans like us and not robots—what features and fixes are shipped in each release.

This completes the overview of the SDKs conventions and best practices. Next time, in the closing post, I will share some future enhancements, touch on edge cases of the release process, and explain why we deliberately decided to keep some tasks manual. 👋 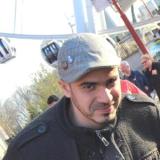