Guillaume has been a software developer since 2013, working mainly with Java at first before switching to Scala. He joined Zengularity—now part of Fabernovel—in 2017, where he works as a back-end developer, building modern, reactive applications tailored for each client's specific needs. Guillaume has a keen interest in functional programming, but also in the tools and processes that can help developers write better code: build tools, code analysis, better practices for collaborative coding, and more.

Over the past year and a half, Fabernovel has created a digital onboarding platform for a large client in the banking sector, now used in production in several countries in Europe. As lead developer in charge of the back-end side of the app, Guillaume led the integration of DocuSign's digital signature solution, which allows the app's users to complete the entire onboarding experience online, replacing an old paper-based process. With a tech stack based on Scala and the Play! framework, Guillaume's team decided to implement their own client for the DocuSign REST API (rather than use the Java SDK). Guillaume found that the comprehensive API documentation and the code examples provided on DocuSign's dev site made the whole process quite straightforward: the team got everything to work within a particularly tight deadline for their first release!

Guillaume lives in Paris, France. When he's not coding, you'll probably find him headbanging at heavy metal concerts or playing board games with friends; and when he can't stop coding, he writes some open-source code of dubious usefulness (see his GitHub workspace: cowsay-online and cowsay4s). You can reach Guillaume on LinkedIn. 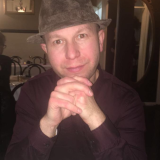