Beginning February 2022, the eSignature REST API version 2.0 will enter maintenance mode. From now until then, DocuSign is progressively ending proactive maintenance of the SDK, including not only API endpoints, but documentation, SDKs, and tools.

The following diagram details how the transition to maintenance mode for version 2.0 will be implemented: 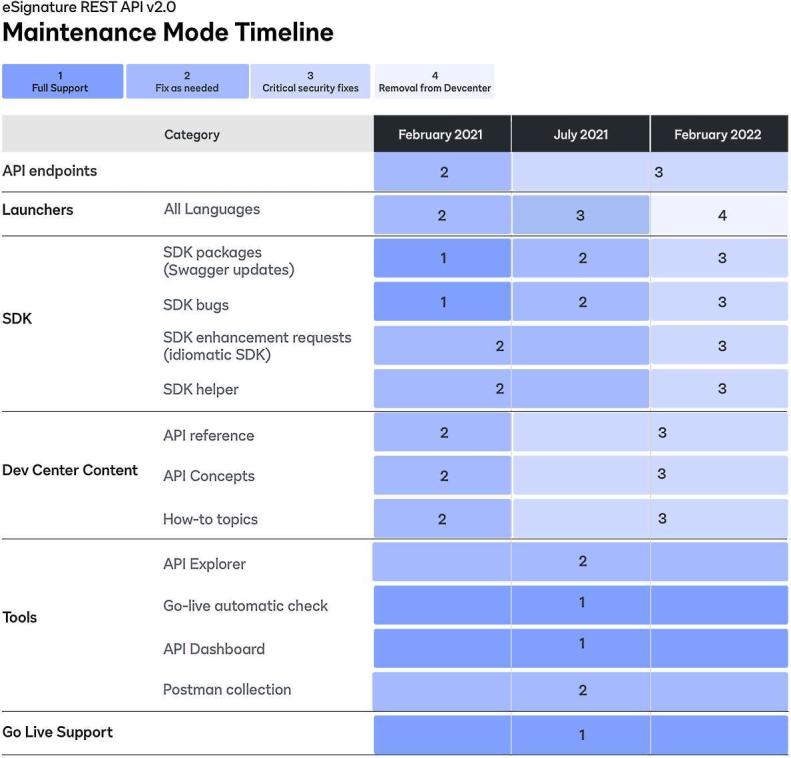 The eSignature REST API v2.1 is an incremental improvement over v2.0; you will find much that is familiar between v2 and v2.1. Thus, the costs of upgrading to v2.1 are not high, and developers will gain a host of benefits from the new version:

The eSignature SOAP API will continue to be supported and is not affected by this plan.