Devs Hack For Forests at the 2019 Momentum Hackathon

We might say this every year, but we really feel this was our best hackathon yet! This past weekend, hundreds of developers from around the Bay Area gathered at Galvanize SF to hack on behalf of The Wilderness Society. We had an absolute blast hanging out late into the night with all the coders and seeing all the incredible ideas everyone came up with to help The Wilderness Society solve some of their most critical needs to engage people in wilderness protection advocacy. 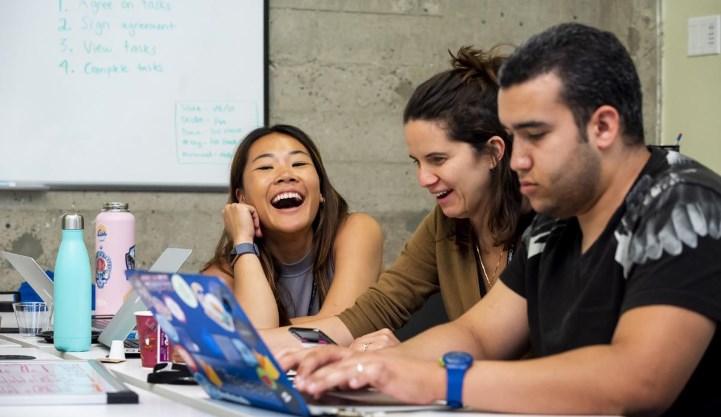 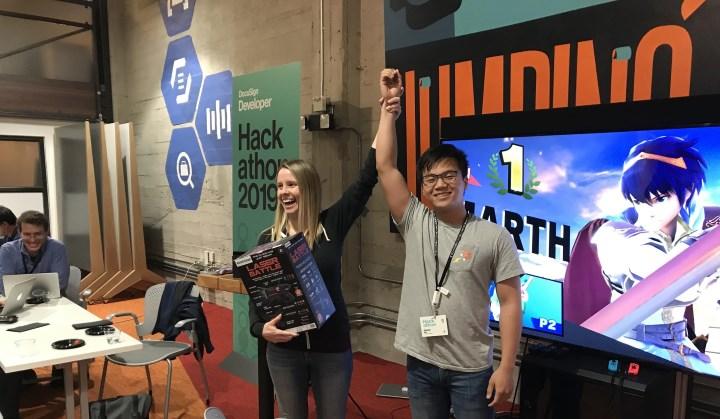 Thanks to Google Cloud, we were able to take over their Google Launchpad space for the weekend and host workshops on Cloud Run and other technologies as well as a late-night Super Smash Bros video game tournament.

Let’s take a look at the winners!

Hack For Forests Winner and Best in Show, $4,500: Meet the Forests 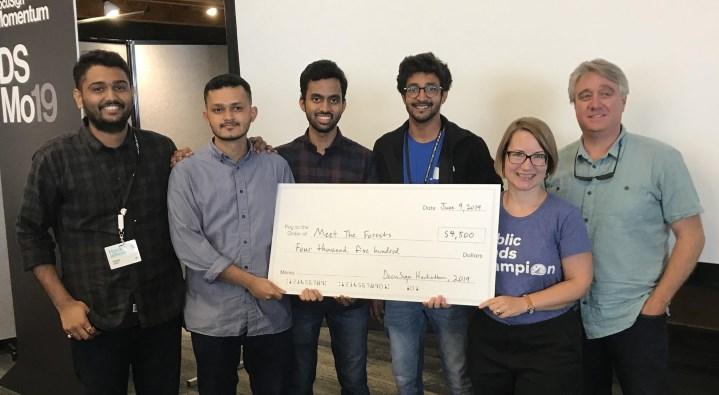 Our winning team, Meet the Forests, was inspired by a landmark ballot initiative out of Toledo, Ohio granting legal rights for natural landmarks: the Lake Erie Bill of Rights. The legislation grants national parks the right to “exist, flourish, and naturally evolve.” This team of four reimagined national parks as hosts who could educate, entertain, and empower guests through a rich augmented reality (AR) experience.

The result is a mobile app in React Native that engages visitors through an AR-based informative tour using Google AR Core. Users can learn contextually-aware facts about the parks, take quizzes, and sign petitions on DocuSign, all via the AR camera view.

The team was awarded a $4,500 cash prize and came to our Momentum conference to participate in the DocuSign for Forests Keynote yesterday to meet DocuSign leadership and showcase their app. Congratulations to Tanaji Gokuldasrao Jadhav, Vinit Dholakia, Bhaskar Gurram, and Hrishikesh Waikar of team Meet the Forests!

Better Together: Google and DocuSign Prize and Hack for Forests Runner Up, $2,500: Go Wild! 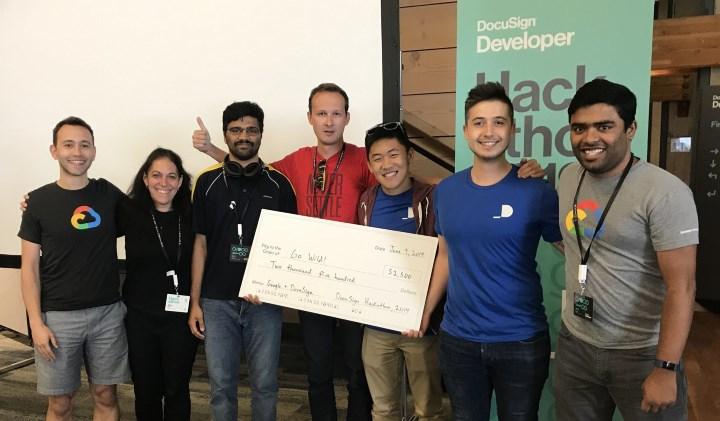 Team Go Wild! sought to simplify the outdoors experience and encourage people to explore the outdoors while also engaging in advocacy to make a difference. They did this by building a mobile app that provides paperless park passes and permits, facilitates local park check-ins using geolocation via the Google Geocoding API and wilderness data from the ArcGIS Proclaimed Forests dataset, and lets users discover and take action on issues facing nearby parks. Users are able to find and download letters using the Google Civics API and sign and send them to their representatives using the DocuSign eSignature REST API.

Most Ready-To-Ship for The Wilderness Society, $1,500: Viral Petition 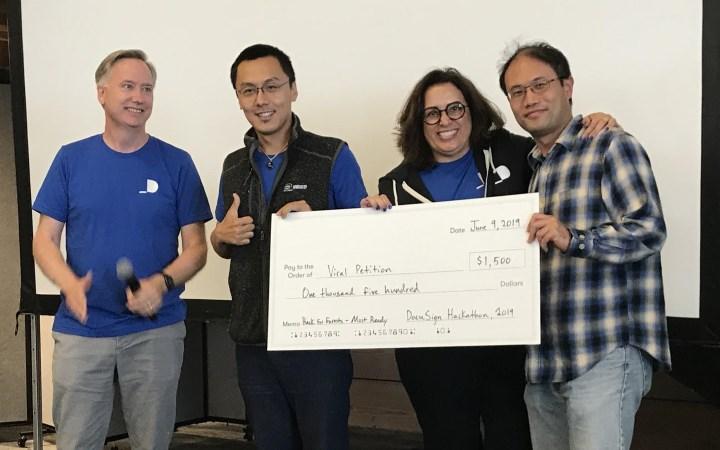 Viral Petition argued that sites like Change.org for signing online petitions might make it easy to sign, but getting out and finding the right people to sign is a different problem. They built a platform to enable social media influencers to become environmental activists. Their platform has dashboards that would allow the Wilderness Society to track data on where people are most politically active on environmental issues, see engagement, and amplify it.

Wilder Voices built an app to personalize the “voices” of parks and natural spaces. Their app uses geolocation and voice recording technology and invites users to record their stories of the parks in places that are important to them and mark their location as a “memory spot” on a map with their message to share with others. They built their app with a MERN stack and used the Google Maps API for location and the new DocuSign Click API to get quick consent from users to share their stories.

This team used Swift to build a mobile and smartwatch app to enable enthusiastic hikers to log data about trash they find on trails and empower them to take action. The app logs GPS coordinates and a timestamp on found trash and allows users to submit pictures of trash using the Google Vision API to automatically classify the type of trash in the photo.

This team focused on helping users vocalize their passion for the outdoors. Their app creates a sound clip of the collective voices of petitioners using React, C# and Magenta.

Ed Arenberg, one of our DeveloperWeek hackathon winners, was back again to claim yet another prize from us. He managed to complete, not one, but projects in 24 hours, one using the Google Vision API to identify and count homeless encampments with the goal of eliminating the need for manual annual homeless surveys and another that uses DocuSign templates to help friends engage each other in wilderness protection advocacy.

A big congratulations to all our winners and all the other teams who participated. We hope we’ll see you again next year! 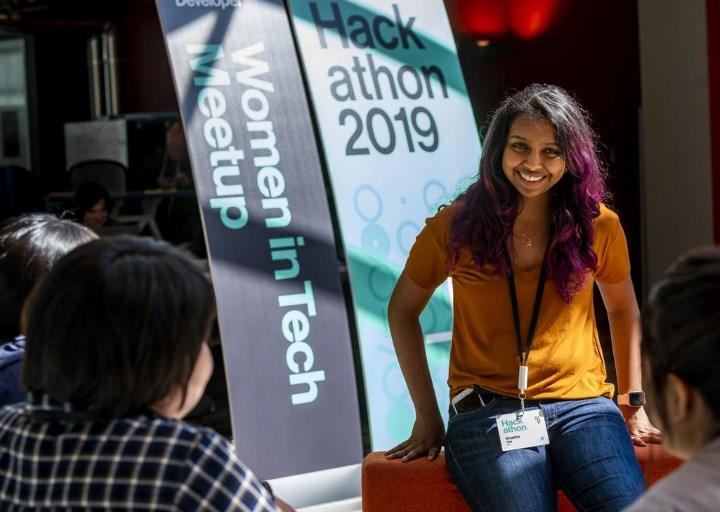 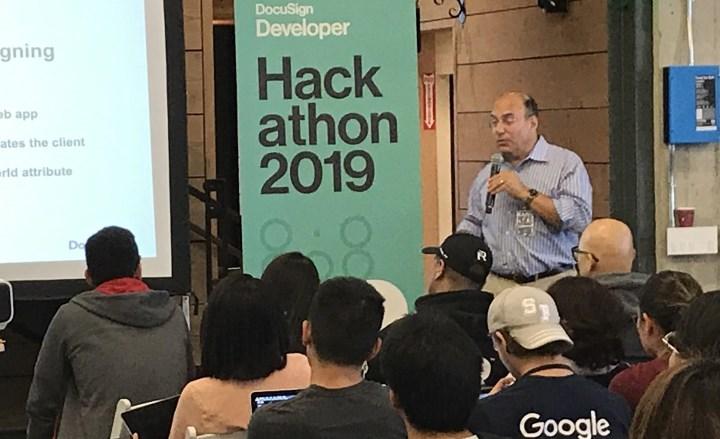 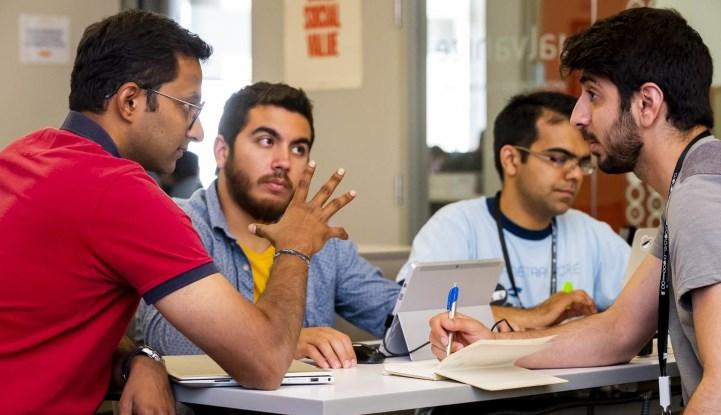 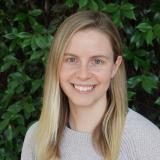